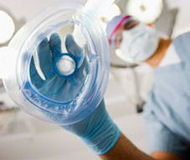 Although general anesthesia today is much safer than it was before some years, it still remains the sedation method which carries the highest risk of dangerous complications. Because of the increased risks of general anesthesia, its use in dentistry is limited to a very small number of cases, with conscious sedation to be the most preferred alternative whenever possible.

How safe is General Anesthesia?

According to the American Association of Nurse Anesthetists (AANA), “Anesthesia today is safer than it has ever been due to advances in technology and pharmacology, as well as more stringent practice standards and educational requirements for anesthesia providers.”

In the 1950s the mortality rate after surgery due to general anesthesia side effects and complications was considered to be 1 death for every 10,000 procedures. Today, due to the advances in general anesthesia with the introduction of sophisticated monitoring devices, better training, understanding of the physiologic effects of anesthetics and better knowledge concerning the causes of anesthesia mortality, the mortality rate is estimated to be 20 times lower, into the range of about 1 death out of 200,000 anesthetic administrations in healthy patients.

Even if the anesthetic medications and administration procedures have been improved, some risk is still involved in the use of general anesthesia in dentistry. It is important that the dentist has explained clearly the possible complications of general anesthesia and the associated life risks before the procedure. Conscious sedation can be suggested as alternative sedation method for the majority of dental treatments; however general anesthesia may be necessary for certain patient groups, or some extensive oral surgery procedures.

Severe side effects and Complications of General Anesthesia

Certain medical conditions, such as heart, circulation, lung, or nervous system problems, medications that may interact with anesthetic drugs, smoking, drinking alcohol, or using illegal drugs, are some of the factors that increase the possibility of side effects and severe complications during or after general anesthesia.

The loss of sensation which is the purpose of anesthetics is achieved by hindering the transfer of messages from the nerves to the brain. This can also affect the function of other organs, with suppression of cardiac and pulmonary function to be the cause of the most serious complications and risks of general anesthesia:

Some anesthetic drugs may cause allergic reactions in some people. Some of them such as skin rash, itching or tingling lips can cause only some discomfort, but others such as swelling can become more serious causing difficulty in breathing if the airway is affected. If you have any known problems with allergies, you should notify your dentist before the procedure.

Most anesthetic drugs become toxic in concentrations, slightly higher than those required for loss of consciousness. Overdose of anesthetic gases or intravenous drugs may stop the heart and cause death.

Aspiration is the inhalation of liquid or object into the respiratory tract or lungs, and it was a common cause of death in the first years of general anesthesia. General anesthesia can cause aspiration as a side effect, because it suppresses the normal throat reflexes that prevent aspiration, such as swallowing, coughing, or gagging. Anesthesiologists use an endotracheal tube placed in the airway to prevent stomach contents from entering the lungs, but the most important prevention measure is the patient to avoid eating and drinking for some hours before the procedure so that the stomach is empty.

Although waking up during a surgery (a condition known as anesthesia awareness) is very rare and it is not a life threatening complication of general anesthesia, it remains a major concern for many patients who plan to have dental surgery under general anesthesia. People who experience anesthesia awareness become conscious of some or all of the events during their surgery but they are unable to communicate it to the surgical team, which makes it a very traumatic experience.

Around 1 to 2 per 1000 patients experience some form of awareness. If anesthesia awareness does occur, about 42% feel the pain of the operation, 94% experience panic/anxiety (sometimes because they feel suffocating), and 70% experience lasting psychological symptoms. The psychological effect of having anesthesia awareness can be very serious, causing post-traumatic stress disorder in some people and leading to long-lasting after-effects such as nightmares, night terrors, and insomnia.

How to minimize the Risks of General Anesthesia

The best way to prevent potentially dangerous complications during and after having general anesthesia is to provide your dentist anesthesiologist with a complete medical, family and social history, and to follow carefully the pre-operative instructions. If you fail to follow any of the instructions, e.g. if you eat or drink something, inform your anesthesia provider before the procedure.

Failure to report the use of drugs such as cocaine, barbiturates, heroin, or even some ‘natural’ herbal remedies which interact with anesthetic drugs, may result to fatal complications during general anesthesia.

Read more about 'Common Side Effects of General Anesthesia' 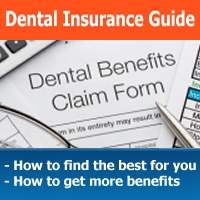